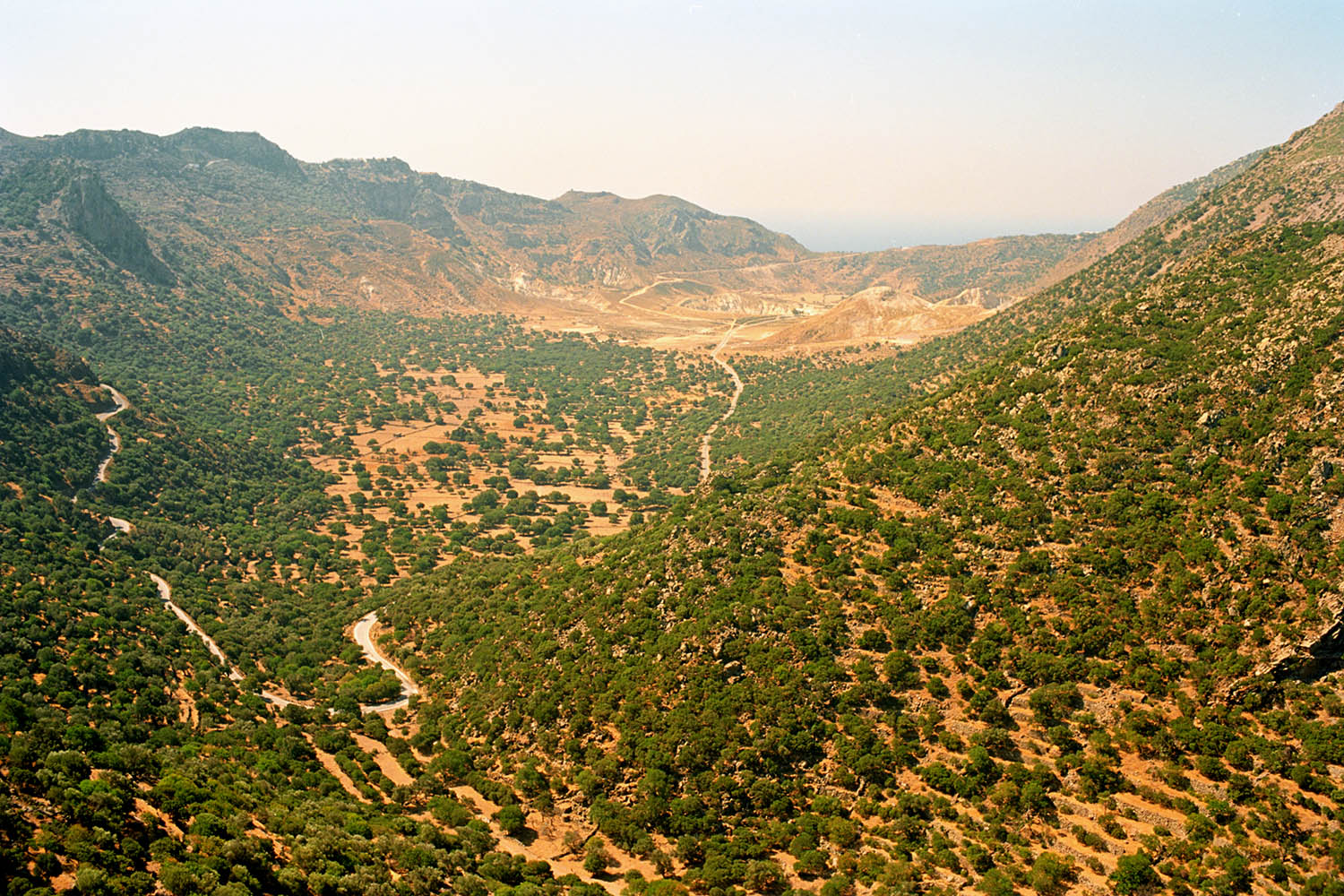 Taken during August 2012 on film, while on the volcanic island of Nisyros in the Aegean Sea. The photographs depict the crater and the caldera formed after several eruptions.

At the moment it’s open both the public, as touristic attraction and geologists doing research. Over the years the caldera looks like a valley and at top edges of the mountains there are two villages. There are no inhabitants in the valley since steam and gases are still emitted. 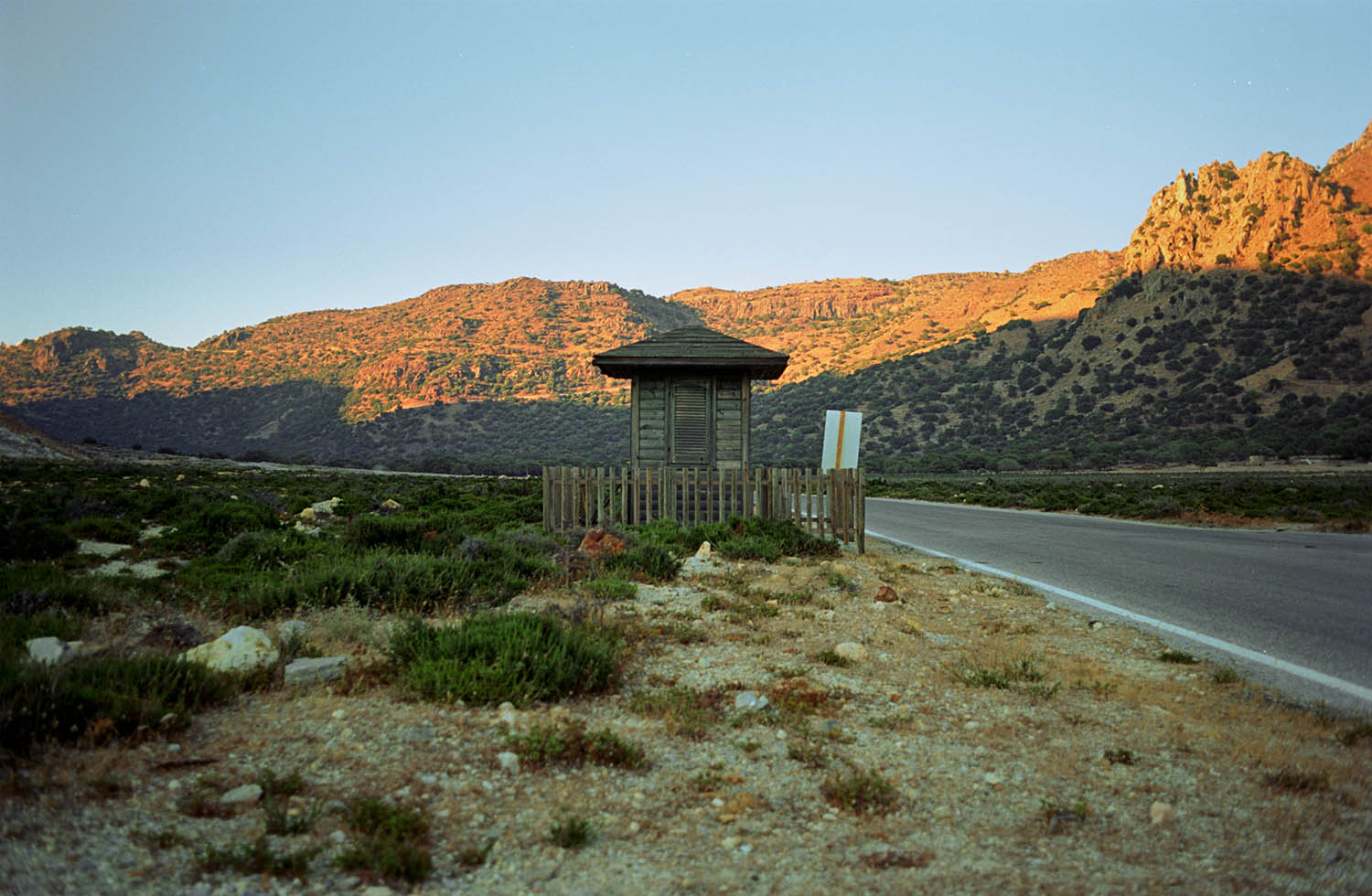 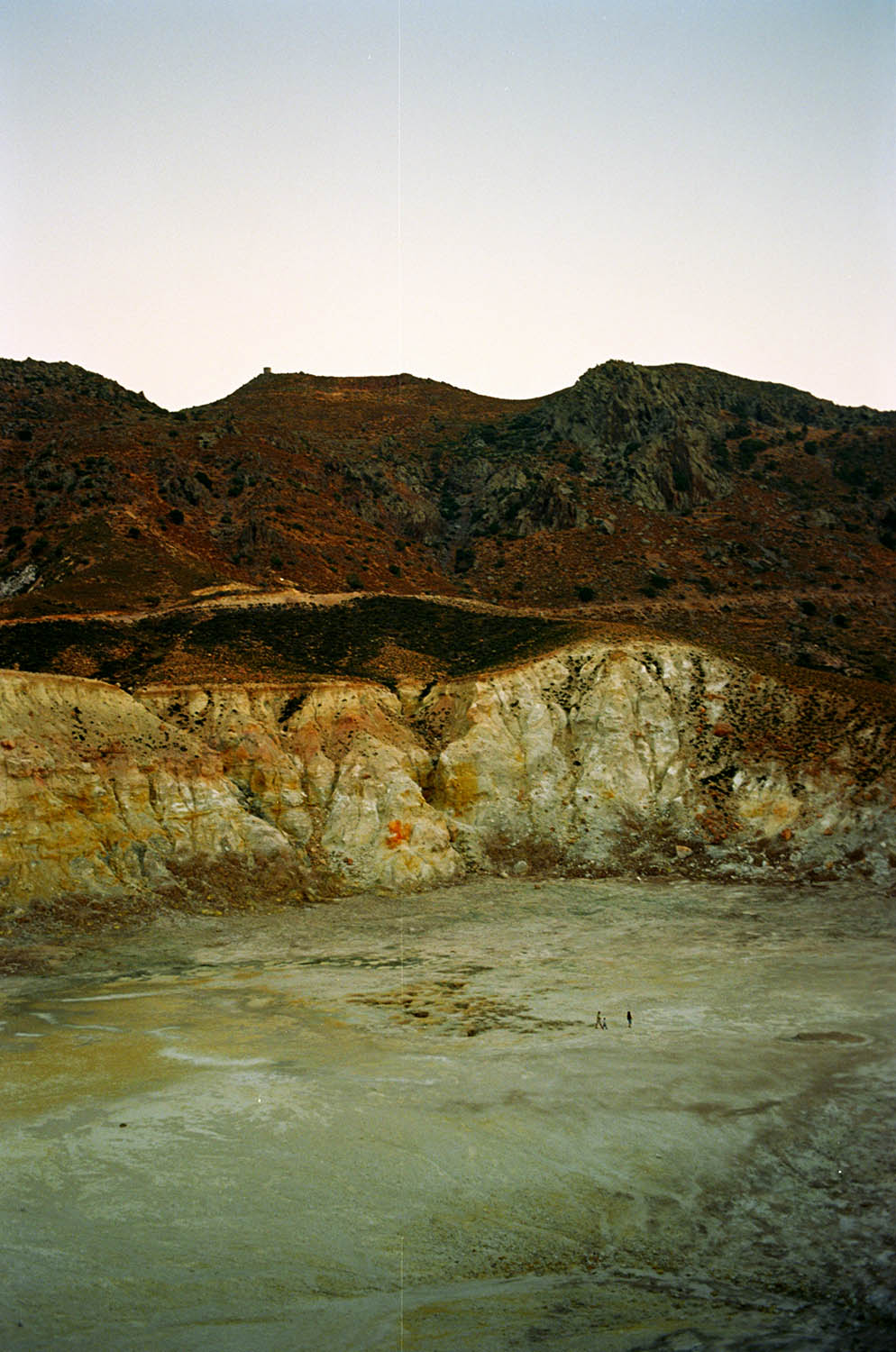 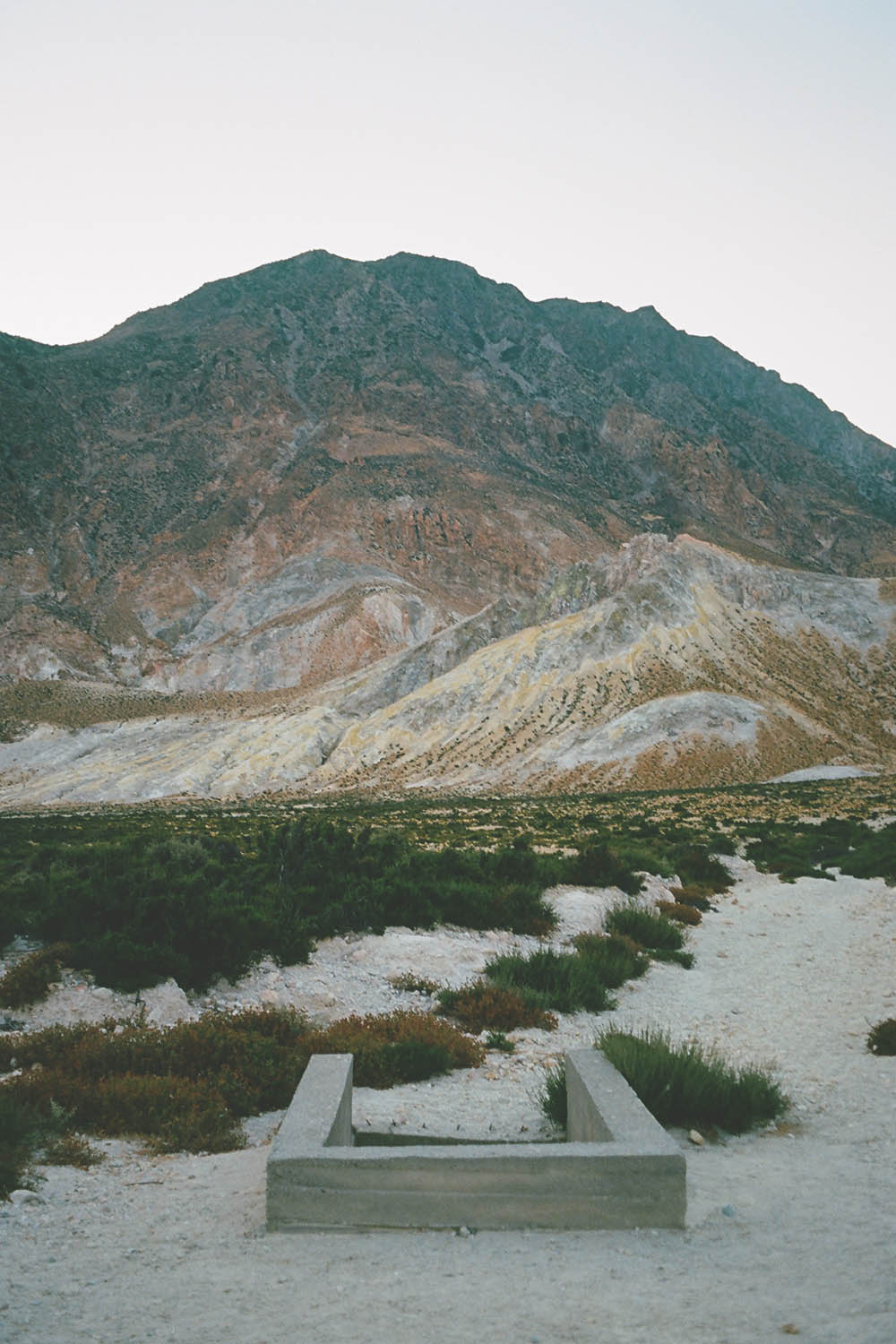